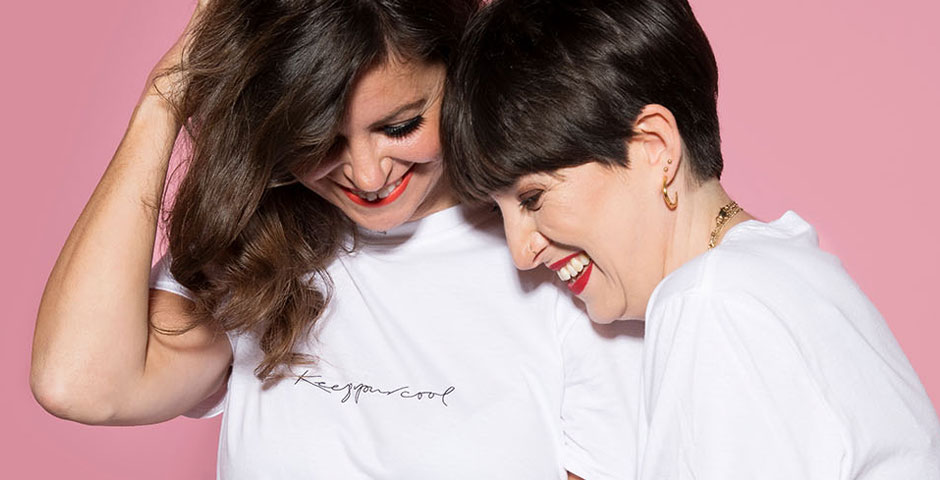 GIRLvsCANCER GIRLvsCANCER Public Service & Activism
See all the Lovie for Good campaigns
Back To The Winners' Gallery
Share This
So I decided to grab my breast cancer diagnosis by the boobs and began sharing my experience in a bit to support other young women affected by the disease.
What’s the elevator pitch for your project?

Diagnosed with breast cancer at the age of 31 on 31st August 2016 my life as I knew it was sent into a tailspin.

How can I have breast cancer I thought, I DON’T HAVE ANY B*STARD TITS?!?!

Fed up of the perception that cancer is a disease for the over fifties I began sharing my cancer-beating crusade under #GIRLvsCANCER. My aim was to share the tales of my treatment in an authentic and accessible way in an attempt to tackle the cancer taboo and create a better understanding of the challenges facing those diagnosed with cancer in their 20s + 30s.

I'm working hard to change the way people perceive cancer and opening a dialogue on this sensitive subject.

What was the impetus for this project? What real-world challenge were you trying to solve?

Desperate for some reassurance and carcinoma companionship, I went looking for like-minded women who had faced the c-bomb for advice and encouragement. Unfortunately I mostly found doomsaying online communities and clinical materials that were aimed at women in a more advanced lifestage. It didn’t speak to me. At all.

So I decided to grab my breast cancer diagnosis by the boobs and began sharing my experience in a bit to support other young women affected by the disease. I also wanted to raise awareness on the importance of breast examination in a stylist and sassy way as well as funds to support cancer charities—and so the ""tit-tee"" range was born.

There have been many along the way but I think for me combining the cancer and influencer communities on our shoots has been majorly impactful. We gain the reach and fashion credibility of the influencer world which drives sales and awareness for my partner charities as well as giving a platform for cancer patients to share their experience which hits home the meaning behind the campaigns.

During the shoot I often stand back and watch the two communities merge and unite. It's quite emotional. It gives everything we do authenticity.

Once you settled on your idea, what was your first step in moving it forward?

The first step was also the hardest. It meant telling people I had cancer. Being the social media whizz kid I am, once I had decided on the hashtag I wanted to share my story under I knew I needed some badass imagery too. Images that showed me looking empowered and strong, not scared and unsure. So I confided in a photographer friend about my diagnosis and we did a shoot to kick-start my storytelling.

I announced my diagnosis the week before I began chemo and the support from the online community was astounding, I knew I'd made the right choice.

Was there a moment during the project where you ran into a hurdle; or faced a problem you didn’t know how to solve? Take us to this moment, what happened and what did you do next?

My second run of tit-tee styles were a variety of cool breast-placement illustrations; however, being a novice in the garment design and processes department I neglected to specify print measurements. The tees arrived two days before they were due to be shot on a plethora of the UK's finest influencers and were SO big.

I began to panic and tried to think of ways I could photoshop in post-production but soon realised the best thing to do was get them just right. I made the decision to postpone the shoot until we had got the product just right. Motto: do it right or not at all.

Did the real-world impact meet your expectations? Can you share an example?

It exceeded it. I began with an idea and £500 to spend on 500 units of stock. I never imagined the first collection would sell through let alone in three weeks. Now we are on collection six and have raised over £51,000 for charity which is insane.

I also never imagined me sharing my story would support so many others. Getting messages saying how GIRLvsCANCER has made other cancer patients feel less alone or given them strength blows me away daily. It makes it all worthwhile.

What technologies/media did you use to develop this project (AI, Social Media, WordPress, etc.)?

Instagram has been the bedrock of GIRLvsCANCER allowing me to switch up the perception of cancer by showing it in a palatable ""cool"" environment. People weren't used to seeing the cancer experience in such a curated way and it has definitely impacted the perception of the disease.

Outside of social media my website is housed on Wordpress with a WooCommerce plug-in for the store functionality. It allows this novice to have a super professional branded interface with minimal know-how.

Was the tech/medium you chose crucial to conveying your message? If so, why?

Instagram has been paramount in the execution of GIRLvsCANCER both as a community and as a commercial store. Sharing my story using hashtags made me visible to a younger demographic and able to tap in to appropriate searches. It also allowed me to connect with so many woman who were talking my language.

As a commercial store instagram enabled me to leverage the power of the influencer to get my product seen and made a sought after item. The swipe up function has driven the majority of my t-shirt sales.

How did this project defy your expectations?

I began GIRLvsCANCER as a focus to get me through the most challenging period of my life so far. Essentially a very far-fetched distraction technique that I hoped would help others.

To be almost three years down the line with a community of over 34.5k and £51,000 raised for charity is nothing I could ever of dreamed.

Earlier this year I was honoured to receive the Triumph Award at Stylist's Remarkable Women Awards in London for all of the work GIRLvsCANCER was doing and it was a real pinch me moment. I never imagined I'd be where I am. I just wanted to survive.

How will you use technology in future work to create inspiring, cutting-edge projects that also make a difference in people’s lives?

I will continue to use social media to leverage GIRLvsCANCER's message and activities. I have big plans to connect the community I've created via a gated space either on the site or on app - watch this space!