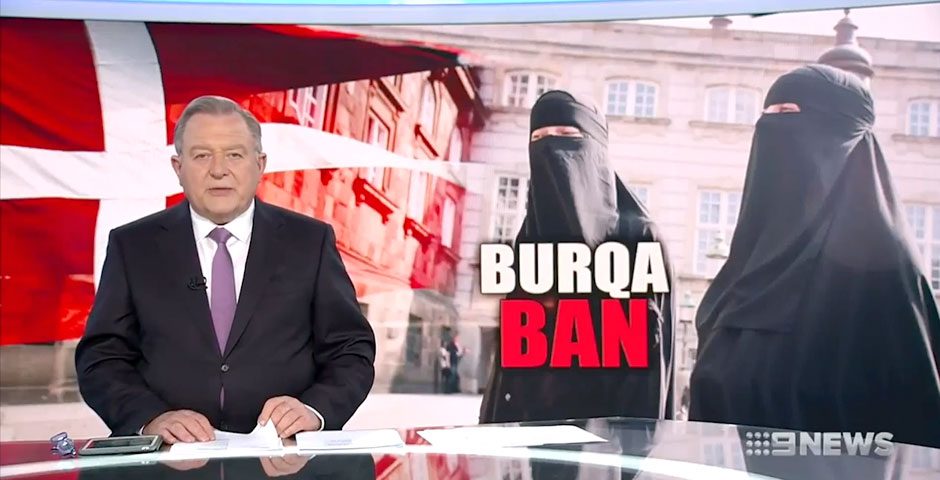 Unmasking a racist agenda Hjaltelin Stahl Public Service & Activism
See all the Lovie for Good campaigns
Back To The Winners' Gallery
Share This
When we exposed the ludicrously of the law, we hoped to raise the voice of the people to such a matter, that the law would be changed.
Describe your Lovie Finalist project. What’s the elevator pitch?

On June 14th – 2018 the Danish parliament announced that from august 1st it will be illegal for people to wear Islamic veils in public. A law that is clearly symbolic and does nothing but alienate the Muslim minority in Denmark.

A few days after the announcement, we created a Facebook event, called ‘The longest masquerade in Denmark’. Starting on august 1st and till the law has been reversed. The masquerade works as a tool for people to freely wear whatever they want to wear, as the law states that if you’re on your way to a costume party, you’re allowed to wear head garments. A loophole the lawmakers failed to see for themselves, and the loophole we used to expose their agenda.

For years the Danish parliament has been striking down on the Muslim minority in the country and it seems like nobody has any intentions in doing anything about it. It is a subject a lot of brands are afraid to touch as many people has strong opinions about it. The client had already taken on the course with previous campaigns, so it made a lot of sense to stay on this road.

We were hoping for a change in the law. When we exposed the ludicrously of the law, we hoped to raise the voice of the people to such a matter, that the law would be changed. We didn’t succeed with that, unfortunately. But with the new government that was recently elected, we can hope for a change now.

This happened so fast we didn’t have time to set up any KPI’s, but I think we were all surprised how fast people went on board and how fast it grew and went ‘viral’. There are two specific moments that surprised us the most. One was when people took it to the streets and held a large demonstration against the law, wearing head garments. Another was when famous singer Mø, went on stage at a large festival, wearing a mask to support the cause. We can’t know for sure whether the incidents were related to our campaign, but we like to think so.

Sure it could have been done in other ways. It just seemed to refreshingly simple to do something as small as starting a Facebook event and then watch it grow into something so big. The good thing about it being a Facebook event was that it could travel on its own, we weren’t bound by Facebook advertising rules as events can spread organically without spend.

I don’t mean to sound presumptuous, but there was no serious challenges during this process. Maybe the short deadline. The client is an amazing client, the decision was made right there in the meeting and we rolled the whole thing out the day after. But that can be a scary place to be, as we had no control whatsoever, everything was up to the public. With that said, it was extremely rewarding to wake up the morning after and turning on the radio and hear they were talking about our campaign.

First and foremost, we learned that we need to accept that we’re never fully in control. Secondly that you don’t need huge media budgets to activate people, when you have the right cause.