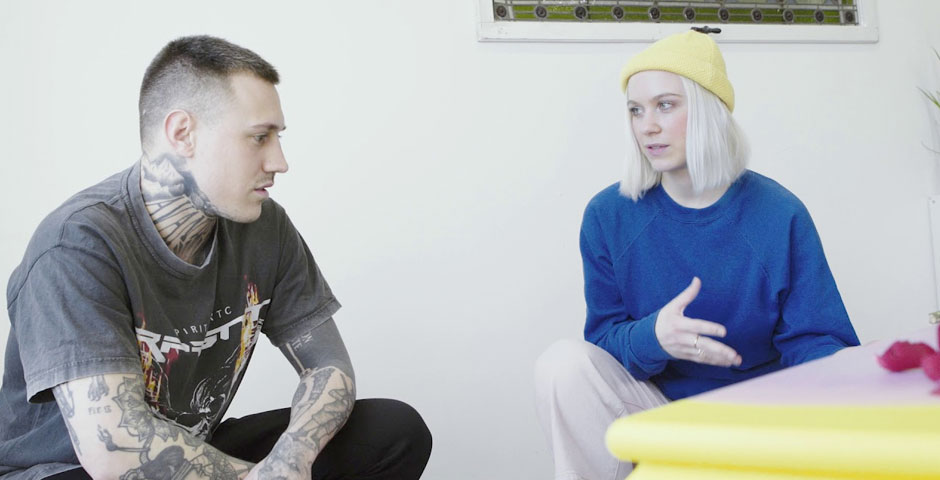 German Federal Association of Funeral Directors "My Personal Coffin" HEIMAT, Berlin Public Service & Activism
See all the Lovie for Good campaigns
Back To The Winners' Gallery
Share This
Only when it comes to mortality, fear and uncertainty spread. Death is still a taboo in our society.
Describe your Lovie Finalist project. What’s the elevator pitch?

About 1 million people die each year in Germany. But our culture doesn’t talk about death – until it’s too late. With My Coffin, the Association of German Funeral Directors started a public debate, bringing death into everyday culture. Germanys most popular artists designed coffins for influencers. Symbols of fear were turned into pieces of art. With personal Instagram stories, the influencers started a conversation with a level of depth never seen before on Instagram. My Coffin set the stage for a new relationship with death in modern culture.

Fashion, sneakers, tattoos: As a society, we openly deal with pretty much everything using unique expression to support our strong opinions. Only when it comes to mortality, fear and uncertainty spread. Death is still a taboo in our society. Together we want to transform the status quo and promote a new progressive approach to understanding, dealing with and talking about death.

For 62% of Germans death of related parties depicts the biggest possible catastrophe in life. Yet, Germans do not mourn properly anymore. Death is anonym and not part of the society anymore. Death is a taboo. The initiative’s aim “MyCoffin” is to eliminate the taboo surrounding mortality and to encourage people to face it openly. The coffins act as a catalyst for friction and ultimately discourse, especially in social media.

For MyCoffin, we reached out to influencers and upcoming artists that support our cause to help us bring this idea to life. They created unique coffins for famous German influencers. Turning the coffin from a symbol of fear into a unique piece of art and make it "instagramable". In touching portraits, the protagonists explain why they were chosen. We demand a lot and for small money. The influencers just got a small symbolic service charge. Their motivation was fueled by the will to fight against the stigma surrounding death.

We just focused on one social media channel: Instagram. Our aim was to reach the general public with a focus on a younger audience (up to 35 years old), who did not get in touch with decease and death yet in a medium that only shows the glossy side of Life. MyCoffin started from accounts owned by influencers and artists who shared the values of the campaign and were willing to make a bold statement and to share their personal thoughts about death. As well, a Instagram channel (@myperosnalcoffin) was created to feed the campaign.

Instagram is more known as plattform for superficial content than for profound debates. And talking about death is a very sensitive theme. We expected that many followers of the influencers could be disturbed by the content. But instead, the influencers were admired for their courage to address this topic. The well-grounded comments, numerous shares and likes proofed us that there is a big requirement for a new ways of dealing with death in the social Age.

We didn’t expect that the campaign sparked a big discussion about passing away in social media. The result: a very positive in-depth coverage in young media channels, tabloid papers as well as in art magazines. The campaign reached over 18,3 million people in total without spending any media budget, it’s been liked over 19.000 times on social media and collected 5.323,01 Euro for „Der Wünschewagen“, which made it their mission to fulfill last wishes.