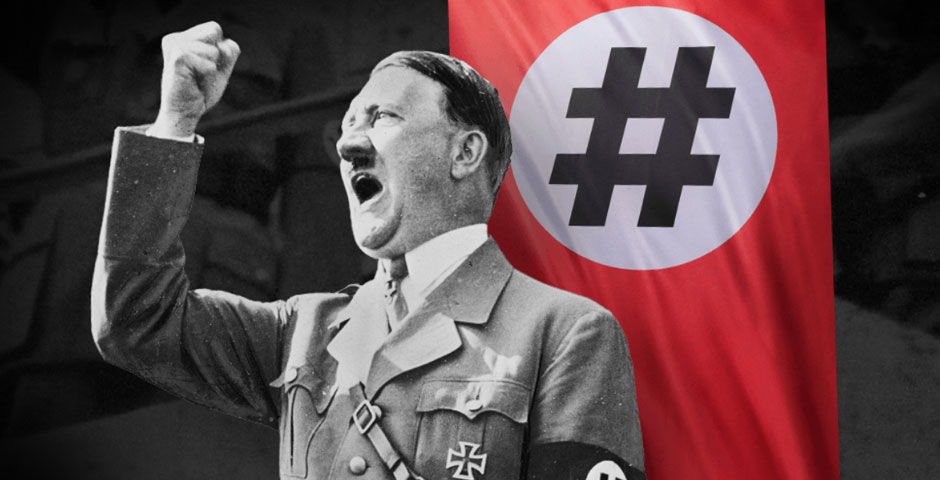 Adolf's Online Strategy Ogilvy & Mather Germany GmbH Public Service & Activism
See all the Lovie for Good campaigns
Back To The Winners' Gallery
Share This
As the right wing is recruiting like crazy, we strike back and attract supporting members that make a difference in real life: by donating money for the educational work of the anti-racism organization 'Gesicht Zeigen!'
Describe your Lovie Finalist project. What’s the elevator pitch?

"Shit. Right-wing populism is getting strong once again in Germany. To show the imminent danger of social media in the wrong hands, we made Adolf Hitler himself explain the right-wing social media state (and how he wants to mobilise future followers) – through a reworked version of THE Nazi propaganda film. A new attention grabbing project of “Gesicht Zeigen!” well-known from our book project 'Mein Kampf – against racism.'"

"As an agency based in Berlin, we can’t accept the shift of our society to the right. We don’t want to just sit at our desks and watch German history repeat itself. Therefore, we took a stand and collaborated once again with the small anti-racism organisation 'Gesicht Zeigen!'"

"As the right wing is recruiting like crazy, we strike back and attract supporting members that make a difference in real life: by donating money for the educational work of the anti-racism organisation 'Gesicht Zeigen!' We take a stand against populism, on the streets and on the Internet. And we succeeded: 550% more members joining each month!"

"To symbolise Hitler’s online influence, we used an icon that reigns supreme in social media: the hashtag. We simply added a specific red and white background and completely changed its meaning – directly referring to the Nazi Swastika. The Hitler Hashtag was born – and became the eye catching symbol of our campaign."

"We chose exactly the same social media channels that the right-wing populists use to spread their hate to recruit new followers."

"YouTube stopped our Hitler Online Strategy video in 30 countries! Did it stop us? Of course not. We just uploaded the video again and again. And that generated a lot of extra attention. Even right-wing extremists spoke out about us."

"When you’re creative, you can turn the bad things (e.g., THE Nazi propaganda film) into something that can help to change the world."