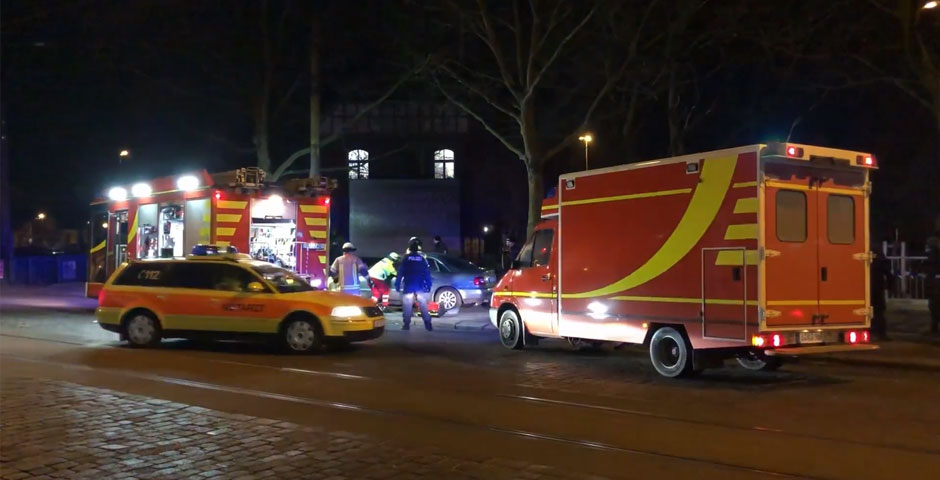 The Trojan Billboard fischerAppelt AG Best Practices
See all the Lovie for Good campaigns
Back To The Winners' Gallery
Share This
People are suffering. Injured people, their families, and the police and rescue workers. And all of that, just because of so-called rubberneckers.
Describe your Lovie Finalist project. What’s the elevator pitch?

"Every day, the vital work of German rescue workers is impeded by people taking pictures of accidents. That’s why we staged an accident and set up a billboard behind it, made out of 9000 infrared LEDs, which are not visible by the naked eye but on mobile phone displays. The headlines addressed the people taking pictures in the moment of their misconduct and changed their mind."

"People are suffering. Injured people, their families, and the police and rescue workers. And all of that, just because of so-called rubberneckers. People who are taking pictures of accidents, who are holding back and disturbing the people who are just trying to help. People who are risking their lives, to save others are getting assaulted both verbally and physically. And that’s something no one should encourage or even just accept. That’s why we wanted to raise awareness to this huge (and worldwide) sad problem. We wanted people to think about what they are doing. To change their behaviour. To change their mind."

"Almost no one would admit they are actually taking pictures of accidents. That’s why we wanted to find a way to speak to people directly, without blaming them but shaking them up. We wanted these people to change their minds and to stop making pictures of accidents. In addition to that we hoped that the stunt would be covered by local and national press so that the topic would make it into the news and thereby into the minds of a broader public."

"The moment when the first gawkers started sharing pictures not of the accident but of our messages. There we realised that the idea worked as it was planned. "

"It was not just essential but the main idea. Without this medium it wouldn’t have worked. The billboard was made out of 9000 infrared LEDs, like those used in remote controls. The infrared lights are not visible to the naked eye, but make a bright headline, when looked at via mobile displays. By this technology we could ensure that we are only talking to those people who made pictures of the accident. And not to those 'innocent' people just passing by. "

"The most rewarding moment was the real reaction of people passing by. Some lifted their mobile phone and we saw an instant change on their face. Some started telling the people around to stop taking pictures and told us they felt uncomfortable being caught in the act.

We really made them think, which was everything we wanted."

About the Best Practices category

A mobile site or application that sets industry standard of excellence through innovation, ease of use, advanced features and superior design.