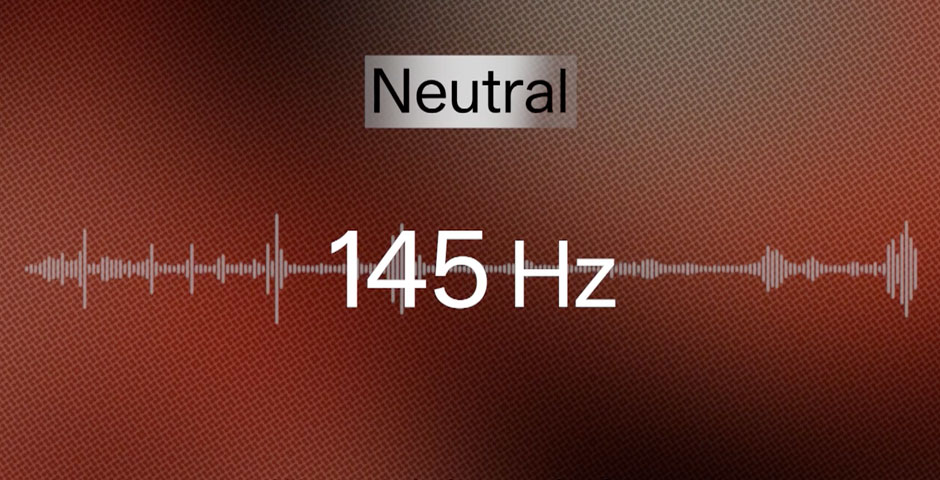 The Genderless Voice Virtue Northern Europe Public Service & Activism
See all the Lovie for Good campaigns
Back To The Winners' Gallery
Share This
As third gender options are being recognized across the globe, it feels stagnant that technology is still stuck in the past only providing two binary options.
Describe your Lovie Finalist project. What’s the elevator pitch?

Our hope is to not only challenge the gender bias and stereotypes facing technology today, but offer a potential solution.

Created for a future where we are no longer defined by gender, but rather how we define ourselves. The goal is not only to make technology more inclusive but also use that technology to spark conversation on social issues.

Boot up the options for your digital voice assistant of choice and you’re likely to find two options for the gender you prefer interacting with: male or female.

As third gender options are being recognized across the globe, it feels stagnant that technology is still stuck in the past only providing two binary options.

As non-binary individuals continue to be recognized across the globe, it feels stagnant that technology is still stuck in the past only providing two binary options.

We aimed to spark a global discussion to make the public aware of the issue and show tech companies that this is necessary and doable.

We had 12 different iterations tested across 4600 participants in Europe to create the voice. The major breakthrough was definitely when we got the 12th iteration of the voice back with the result we were working towards: 50% perceived Q as gender neutral, 26% as feminine and 24% as masculine. The result meant that the majority perceived Q as neutral and we had an almost even split between masculine and feminine.

The short answer is yes.
The project confronts a new digital universe fraught with problems. Siri, Cortana and Alexa all have female voices as research shows that users react more positively to them than they would to a male voice. But as designers make that choice they run the risk of reinforcing gender stereotypes, that female AI assistants should be helpful and caring, the male assistants should telegraph authority, and that gender is still only binary when many countries continue to recognize non-binary individuals.
Q is the world’s first gender-neutral voice for AI - an innovation ensuring technology continues to look forward, rather than back.

As described earlier, we had many different iterations of the voice and the hardest part was definitely to create the voice itself.
Led by the agency; a team of linguists, technologists, and sound designers began by recording the voices of two dozen people who identify as transgender or nonbinary. After applying academic research to digitally alter the voices, we tested several different versions across 4600 participants. The most rewarding moment was when Q was perceived gender neutral by the majority.

We became hyper aware of how important diversity in the team is. There was a million potential pitfalls for this project and the only way to make sure we avoided them was to make sure all types of genders, sexes and ages where involved in the process.

Voice-enabled apps and devices that set an industry standard by using new, innovative technology in an outstanding way to improve the overall experience.