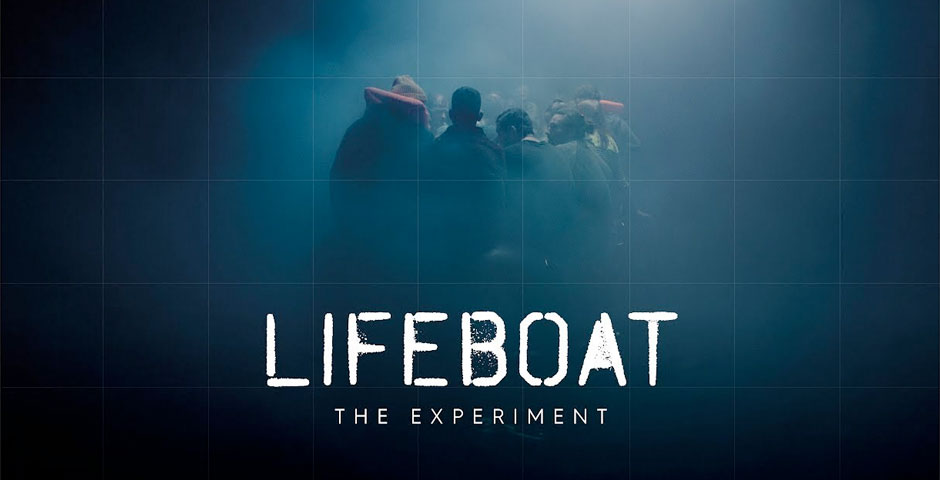 Lifeboat: The Experiment SERVICEPLAN Documentary
See all the Lovie for Good campaigns
Back To The Winners' Gallery
Share This
Language is revolution. If we were to turn the tide, the conversation must go on.
Describe your Lovie Finalist project. What’s the elevator pitch?

The major challenge was:how to raise awareness for the refugee crisis in the Mediterranean Sea that after being huge in the news in 2014 completely lost its news value nowadays?To answer this question Sea-Watch applied a bold twist of perspective that brought the topic closer; geographically and emotionally. We set up a simulation to let a group of Germans experience emotions that were only a fragment of a real escape: stress, hunger, anxiety, fear, panic. 40 participants represented the German society in age, gender and profession.This change of perspective created 40 new faces to feel empathy for and to identify with.

The refugee crisis was a largely discussed topic in 2014. It separated Germany into two main groups: one pro-refugees and the right wing party being absolutely against them.
While the refugee crisis in the Mediterranean along the world’s deadliest border continuous, its media coverage decreased heavily.

Language is revolution. If we were to turn the tide, the conversation must go on.

“LIFEBOAT – The experiment” re-creates a momentum and stresses the fact that the ongoing refugee crisis is not a single countries problem, but one that concerns all of Europe.
The campaign generated a mindshift in society by re-enabling access to the most human of our feelings: Empathy.

We were hoping to bring back the topic on the table since the issue hasn’t lost its relevance at all.

We were hoping to dig deep into the details of a real escape over the Mediterranean sea since everybody got a rough picture of such a torture.Overall we were hoping to connect excellent creatives to bring our idea to life.All our expectations where excelled to be honest. After a long research phase with refugees that crossed the Mediterranean we created the base for our simulation. We had an very emotional execution followed by an impressive PR-rollout that brought not only back the general topic rather provided a new, yet untold perspective on a known issue.

A real breakthrough moment was the commitment from Oscar-nominated director Skye Fitzgerald for our project. He understood the bigger picture from the beginning and was very supportive in case of planning. Him coming over to Germany to shoot this experiment, his huge experience in staging such a journey and his passionate view on every detail led to a very emotional execution. That our topic got picked up by Germanys biggest newspapers and even let journalists participate in this experiment was a great push, too.

Yes, definitely very essential. Instead of letting real refugees present the problem we choose a proxy to speak about the issue. That was very crucial because only a view people where listening to the old “sender” – the real refugees. Sea-Watch got with every participant a new, strong communicational assets to spread their message in on- and offline media channels. The overwhelming achieved national and international impact of “LIFEBOAT – The experiment“ would have been impossible to reach with traditional NGO methods.

The experiment is off traditional activities. In its core there is a very provocative and bold twist included. We knew upfront that not everybody is going to understand that drastic method. Even internally there were some question marks whether that angle was fitting right to the brand Sea-Watch. We were in constant exchange to finally convince everybody involved. During shooting it was challenging to stay respectful in coworking with both real refugees and simulation-participant. Additionally we had to deal with the psychological and physical challenges of the experiment. We had old people onboard that were risking their health level to make a statement pro refugees.

We did think that the topic of the refugee crisis in the Mediterranean sea is an actual topic that everybody care about. Research and a public-opinion pool proved us wrong: everybody had a rough picture in mind, people doubted the torture of such a journey. Todays direct feedback options due to social media and for example live comments we got during the execution told us that the choosen way was a good one. We regained awareness and a strong mindshift in Germany, Europe. We learned that a topic wrapped in a true, emotional, heartwarming execution is opening peoples hearts from Australia, China, over to Europe and the US.

About the Documentary category

Single, one-time documentary films (of any length), series or shows of nonfictional documentations of reality that premiered only online.