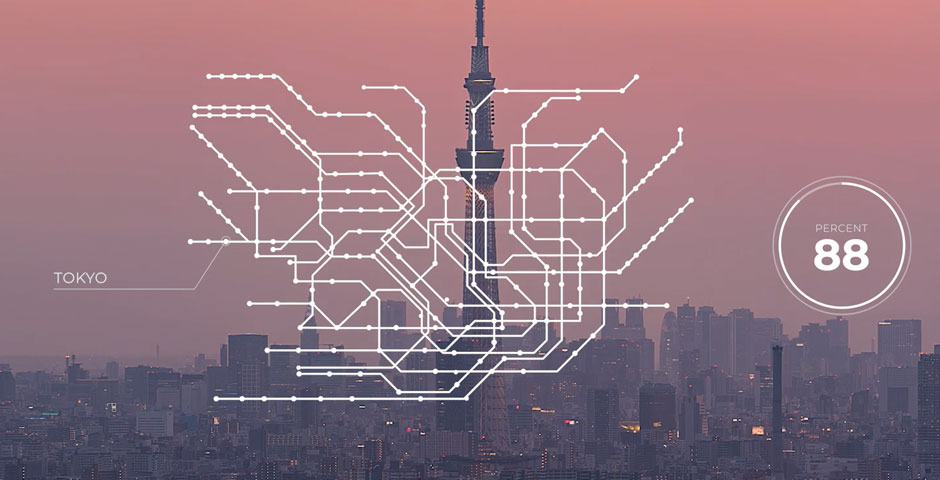 France Accessible Brand Station Public Service & Activism
See all the Lovie for Good campaigns
Back To The Winners' Gallery
Share This
However, we noticed that for people with reduced mobility, taking the metro is quite the impossible task since only 9 stations out of 303 can be accessed by them, making Paris the least accessible city in the world for people with disabilities.
Describe your Lovie Finalist project. What’s the elevator pitch?

With only 9 accessible metro stations out of 303, the Paris metro is the least accessible one in the world for people with reduced mobility. We wanted to address this major issue by directly confronting people who use the public transports.
To do so, we targeted a strong symbol known to all french people - the Paris Metro plan - which we redesigned so that it would only show Line 14 : the only accessible line for people with disabilities.

During World Mobility Day, hundreds of volunteers & people with disabilities participated in an illegal stunt operation which took place in the 293 non-accessible metro stations in Paris. The classical metro map was covered with our redesigned metro map.

As parisians, we use the public transports on a daily basis, especially the metro which helps us get around the city with ease. However, we noticed that for people with reduced mobility, taking the metro is quite the impossible task since only 9 stations out of 303 can be accessed by them, making Paris the least accessible city in the world for people with disabilities.

This inspired us to create an impactful campaign, in collaboration APF Handicap - a french non-profit association that assists people with disabilities and helps defend their rights - to help raise awareness on this issue, grab the attention of the higher ups and encourage them to make things change.

We were hoping to raise awareness on this issue, since most parisians seem unaware about it, to grab the politicians’ attention, and to encourage them to help make the Paris Metro more accessible to people with disabilities by properly equipping the Paris metro stations.

An objective that was achieved by this campaign, which caught the attention of the mayor of Paris, Anne Hidalgo, and of the french president Emmanuel Macron, who recently announced that 60% of the metro network would be accessible to all by 2024, in time for the Olympic / Paralympic Games.

One day, one member of our team, who recently became a dad, tried to take the metro with a baby pushchair only to realize how difficult it can be, since most Paris metro stations are hardly accessible to such rolling devices. After experiencing that himself and lots of struggling in the metro, he realized how difficult life can be for people with reduced mobility.

To convey our message, we naturally thought of the Paris Metro map as a medium. It was an essential part of our campaign since it is a strong symbol known to all french people, which is displayed in all metro stations. We hijacked this symbol, redesigning it so that it would only show Line 14 - the only line accessible for people with disabilities - and made it so that it would be visible to all people.

Since some Paris metro stations are classified as historical monuments, one of the greatest challenge that arose during this campaign was to create a poster with our redesigned metro map that wouldn’t leave traces or cause any damage whatsoever when displayed inside the metro stations.

The most rewarding moment, without a doubt, was be the moment the french president Emmanuel Macron announced that the situation couldn’t go on any longer and that he would make the Paris metro 60% more accessible, in time for the 2024 Olympic/Paralympic Games.

While working on this campaign, we learnt that Paris is (justly) considered the least accessible city in the world for people with reduced mobility. We love our city and such a shameful feat is really nothing to be proud of. This motivated us even further to create a campaign that would make things concretely change for the better.