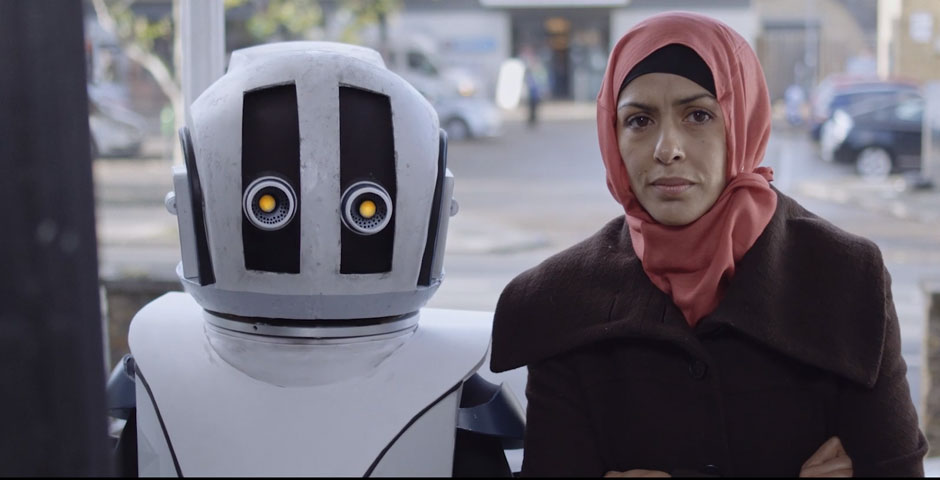 #EscapeRobot Raw London Short Form (Branded)
See all the Lovie for Good campaigns
Back To The Winners' Gallery
Share This
War Child’s caseworkers regularly cite the prevalence of trauma in children and the impact this has on their mental wellbeing—leading to extreme feelings of fear, isolation and hopelessness.
Describe your Lovie Finalist project. What’s the elevator pitch?

"The consequence of war on childhood is profoundly damaging. Even after the fighting stops, the repercussions can disrupt a child’s ability to attend school, and build social ties with their peers and healthy relationships with their parents. But these invisible wounds are going unaddressed for more than 250 million children living in countries affected by conflict.

This video highlights the strain that conflict can have on the mental health of children who have been affected by war, long after they have left the actual war zone. It is part of War Child’s wider work prioritising the provision of mental health and psychosocial services for children affected by conflict, and their communities."

"Conflict can have a deep psychological impact on children particularly when these more 'hidden' needs go unaddressed. Recent conflicts have demonstrated this with worrying clarity. War Child’s caseworkers regularly cite the prevalence of trauma in children and the impact this has on their mental wellbeing—leading to extreme feelings of fear, isolation and hopelessness.

This means that children are experiencing extreme trauma that, if left untreated, will affect their whole lives. This video campaign is therefore inspired by the belief that no child should be left to face the trauma of war alone."

"The video sat as the centrepiece of a public-facing advocacy campaign, ultimately designed to influence the UK government into increasing funding to Mental Health and Psychosocial Support (MHPSS). It exceeded all online KPIs and, most importantly, has had a lasting impact in connecting vital decision-makers with the issue."

"We had 3 main challenges:
Accessibility: it’s not always possible to speak to children in Afghanistan, Iraq or the Central African Republic.
Representation: War Child have high standards for how children are portrayed to ensure they are empowered and protected.
Complexity: the issues are complicated and can’t always be compressed.
The biggest was developing a concept that would be emotionally impactful while not misrepresentative of real-life experience. We worked with a child psychologist to develop an accurate representation of post-war trauma in children and learnt that there is a duality which adds a layer of armour that protects, as well as disconnects, children from the outside world."

"The strategy for choosing video was to capture new audiences and take them on a journey which would culminate in them having a deeper understanding of the issue. The video therefore acts as a "hero" message which sparks interest and debate and leads audiences to a dedicated landing page. The landing page features the full film and top-level findings from the report, which takes the 50-page Advocacy report and presents its findings in an interesting, mobile-responsive way."

"The greatest challenge was developing a concept that would be emotionally impactful while not misrepresentative of a child’s real-life experience. But there were also practical challenges. War Child had big ambitions for distributing the video among target audiences, but modest budgets and limited resources. This meant we had to think strategically about how the creative itself could help to extend the reach via PR or sharing. The most rewarding moment was taking the robot suit into schools to educate young children about the issue and seeing them openly engage with such a sensitive issue. Having 47 key influencers share the video was pretty cool too (including Sir Paul McCartney himself!)"

"When we first pitched this idea, our focus was on the final moments of the film: the reveal that a child has been inside the robot all along. We hadn’t thought about the robot itself. Looking back, it’s clearly the star of the show. Not only does it offer an arresting hook, but it’s essentially given War Child UK a mascot they can use to build and extend the reach of the campaign.

The suit has been taken to schools to engage children, but also Downing St, the BRIT Awards, London Fashion Week and even featured in the Evening Standard!

From this we’ve learnt to think about what charities can take from our content beyond the film itself, and to never underestimate the importance of character."

About the Short Form (Branded) category

Episodic or singular online video content up to 3 minutes in length (per video, if series) that integrates products or services on behalf of a brand.